Menu
Greetings to y’all in the Name of our Lord Jesus Christ. What an amazing God we serve! I want to just do a little note for now, and when I come back down river have a better update for y’all, because I don’t have the photos that I want to share with the stories of how God used the teams that came to encourage us and to help the people of KrinKrin.
I will try to give an account of what happened which Chris in this last week. He is doing a lot better now, and if things continue to improve, he should be out of the hospital in a few days. Thank y’all so much for praying for him and us in this difficult time. For those of you that haven’t seen on Facebook, he got really sick with malaria, so we got him on the meds, which helped the malaria, but he kept having a reaction to the meds. Every time he took them the reaction got worse and on the third day after taking the pills he got so sick from them that he almost died. After fighting with death for over three hours trying to keep him alive, he finally threw up violently a few times and got rid of the poison in his stomach, but his whole body was poisoned by this time, so almost every part was in trouble. His liver felt like it was going to burst, all his muscles went into cramps, his whole insides were in extreme pain, had a splitting headache, and had a fever of over 104 for more then three hours.
To complicate things even more, Mary and I were in Puerto Cabezas from taking the last team to the airport, so our fast boat wasn’t there to take him down river. Our family communicated through a radio from our missionary pilot friend, who relayed the messages via cell phone to us. The next morning we decided to put him on one of the local boats and make the three hour trip upriver to a village that has an air strip for the pilot (Clint) to pick him up and bring him here to Puerto Cabezas to the hospital. By that time there were people praying for him all over, individuals and whole churches in numerous states, South Africa, Argentina, Nicaragua, Costa Rica, Mexico, Canada, and possibly more. 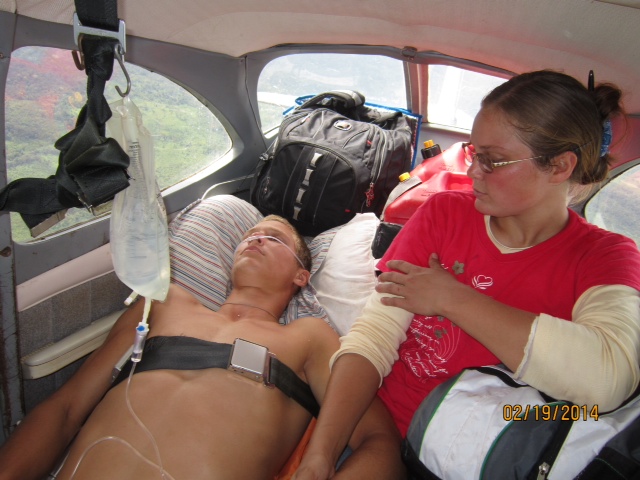 We were in a dilemma; because the malaria test was positive when we started, the doctors were planning to give him some more medication. We tried to explain to them that he had a serious reaction to the meds, but they said if he has malaria, they have got to give him the medicine, because three days isn’t enough, so if they don’t he will die. We knew that if he takes another dose of the meds he will probably die too, so we didn’t know what to do except pray and ask people to pray. They took blood tests to check everything from malaria, dengue fever, and several other things. 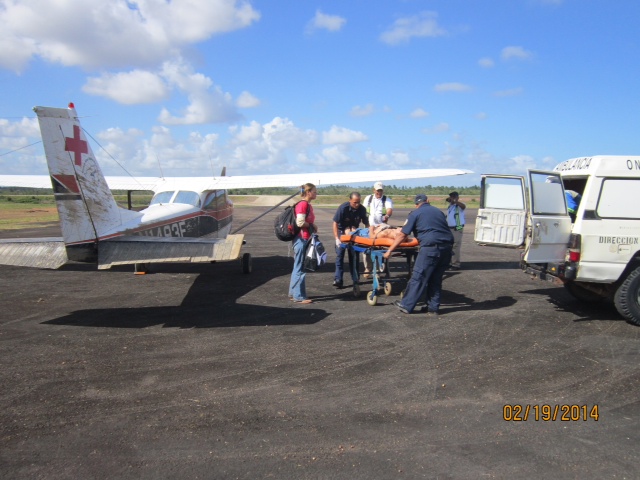 It was about 6:30 to 7:00 when his fever broke and he started to feel a lot better. And about that time the blood tests came back, and everything they checked for was negative, including the malaria. So they didn’t give him the malaria meds after all.
He did pretty good that night and the next day, with just little bouts of fever here and there. That day they did chest x-rays and an ultrasound, which showed an enlarged liver and a pocket of fluid around the gall bladder, which are both indications of either malaria or dengue fever. So they did the tests again and everything was still negative, so there’s only speculation from there.
I don’t think it’s a coincidence that the time that his fever broke and the tests came back negative was at the time when there were whole churches around the world pleading his case before the Almighty. God knew that which ever way the doctors decided to take about medicine or no medicine would mean death, so he intervened and took the germs away. And he didn’t just take them away from Chris’s body, but also from the blood sample that had been drawn a few hours earlier. For some reason God chose to not completely heal him on the spot, but I’m convinced that He had His reasons. Somehow He will get more glory out of it this way.
Since then his body is on the mend. Every day he keeps improving a lot. We are hoping to be able to take him out of the hospital either tonight or tomorrow, and within a few day head upriver to the rest of the family. 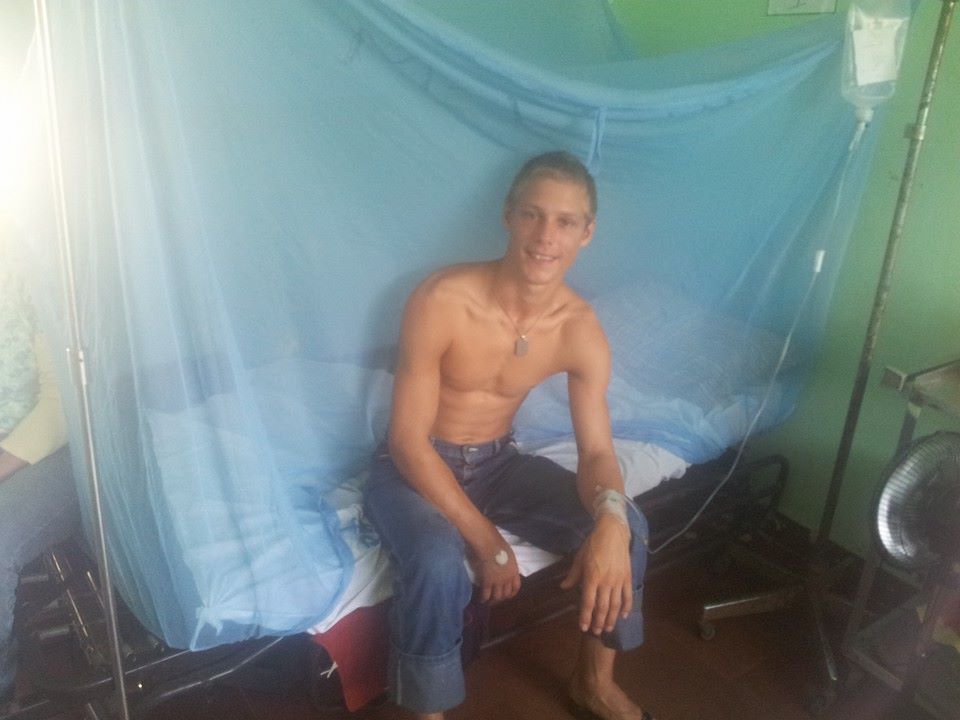 A thank you can not describe our gratitude to y’all for taking praying seriously. I know that the healing comes from the Father, but His children play a big part with intercession. It makes me worship my Lord all the more when I see how he cares enough about us and His work here that He has brought such a great team of believers around us, to pray for us as we shine His glorious light in this dark place, and attack the forces of evil who have kept these people suppressed for many years. We believe this was an attack from the enemy, trying to take out a powerful warrior on the front line, but God said “no you don’t.” Thank you for being willing to be a warrior in the Lords army. We love y’all and appreciate you very much. Eli, Leah, Mary, Eve, Chris, Sarah, Katie, Elizabeth, and John

4 thoughts on “Update About Chris’s Sickness”