I pray that you all are doing well, and that you are living in obedience to God and in the shaddow of His grace. We had a very interesting and exciting week this past week. We had 65 people here all last week, giving them about 6 hours of classes each day. The classes were on God’s law, repentance, surrendering our life to God, and salvation by the Holy Spirit.

The people where from the little Baptist Churches that we are leading now. Since there are only a couple of pastors, and those don’t understand many of the principles of God’s word, we decided to bring them all here and teach them. Later after we have had time to train some pastors we will be sending them out to the churches to teach the people, but for now this is the better option.

The teachings were pretty intense, but the people listened well. And God was faithful to have His Spirit here at work teaching the people and giving them understanding of what they heard. The principles and teachings of God are so contrary to the culture where they grew up in. And most of traditional Christianity that is here hasn’t separated those two out. They have just mixed Christianity with the culture making one big awful stew, where many pastors are also the village witch doctor.

There were times when there was great discontent and even anger that rose up when they heard the teachings, to which I would at times just have to lift up the Bible and remind them that I’m reading out of the Bible and not something that I am just making up. Amazingly almost all of them stuck out the 25 hours of classes, plus discussion time, plus a total of several hours of preaching during church services in the evenings.

Many of them were seriously wanting to know the will of God, and were very grateful to be able to receive these teachings. All of them heard and understood things about God that they had never understood before. We gave everyone of them a new Bible in there own language and encouraged them to read them daily. For the ones who couldn’t read, we encourage them to have a family member that could read to do so every day. We gave them a paper with scripture references on many different things in life, to help them find answers to their questions. It was an amazing opportunity to be able to pour the truth of God into these precious people. 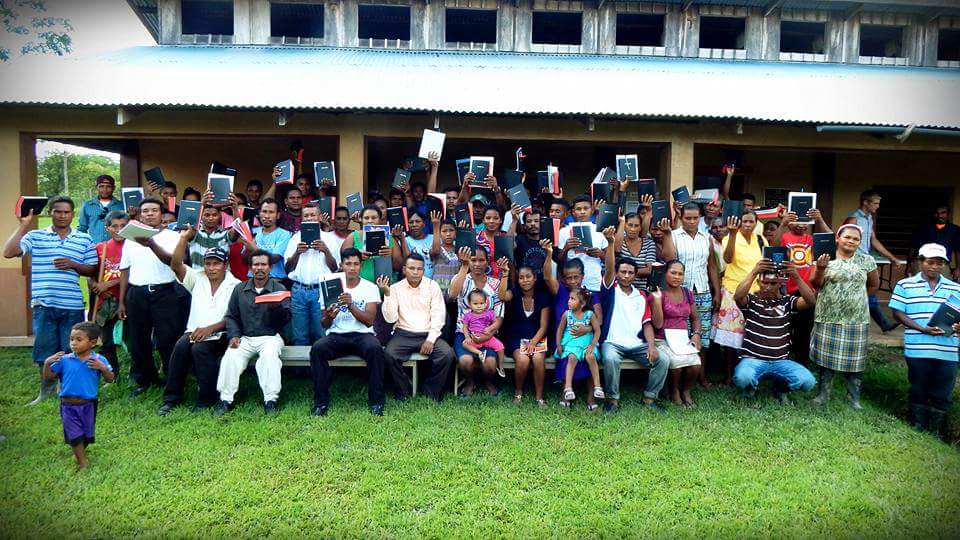 I would like to share the story of one individual who came to the classes. As Chris was bringing the people with our big boat, he was just ready to push out from this one village when a young man came running down the bank and jumped into the boat. Chris told him that these classes are only for the members of the Baptist churches, because of space restrictions. Chris tried and tried to get him to get off, but he just hunker down and refused to get off, so Chris finally gave up and brought him anyway.

He went through all the classes and listened intently. But the real story didn’t come out until he went forward after the preaching on Sunday morning and wanted to give his life to Jesus and follow him. After asking him a few questions, this is what he told us.

“On Tuesday morning I was laying in my hammock on my porch sleeping. I saw a man in a white robe walk up to me and got ahold of the rope of my hammock. He shook my hammock and said, ‘Get up and go to the river and get on the boat that’s leaving.’ I was sleepy and didn’t pay much attention, but nestled back down to go to sleep again.”

“He shook my hammock this time more vigorously and said, ‘Get up and go to the river now, the people are leaving.’ I sat up in my hammock and I asked him, ‘Where are they going?’ ‘They are going to KrinKrin to receive Bible classs there’ the man said, and then disappeared.”

“I woke up out of my sleep with a jerk and scrambled out of my hammock. I looked toward the river and there was a big line of people heading that way. I tried to get to my senses to figure out what was really going on, but realized that they were actually leaving. So I grabbed a couple of shirts and a pair of pants and stuck them in to a bag and took off running for the river. I got there just as they were pushing out, but I still jumped onto the boat and came.”

“On the way I got really scared, so that I was shaking. Because I knew how bad of a man I was, and that I did not honor God with any part of my life. So the idea of going to Bible classes really frightened me, because I didn’t know what God was going to do with me.”

“In the classes I listen to God’s laws, and that by breaking just one law was enough to send me to hell. I always knew that God was an angry God, because that’s what everybody told me. But then I heard that God had pity on the people, and for the first time ever I realized that Jesus came to the earth to pay for the price of my sins, and that he did it because he loved me. I still had trouble accepting the fact that God was a loving God, until that night when I saw the Passion Of Christ movie. When I saw how they beat Jesus, and that he did not hit back once, even though he had the power to destroy them all, I knew that His love was real.”

Our God really is an amazing God, and he can do whatever He wants to do! Last month we married a young couple in one of the villages, who realized that living in sin severs God’s blessings and protection. That too was an amazing time where God’s Spirit took His words from truth and penetrated the hearts of many who were there. 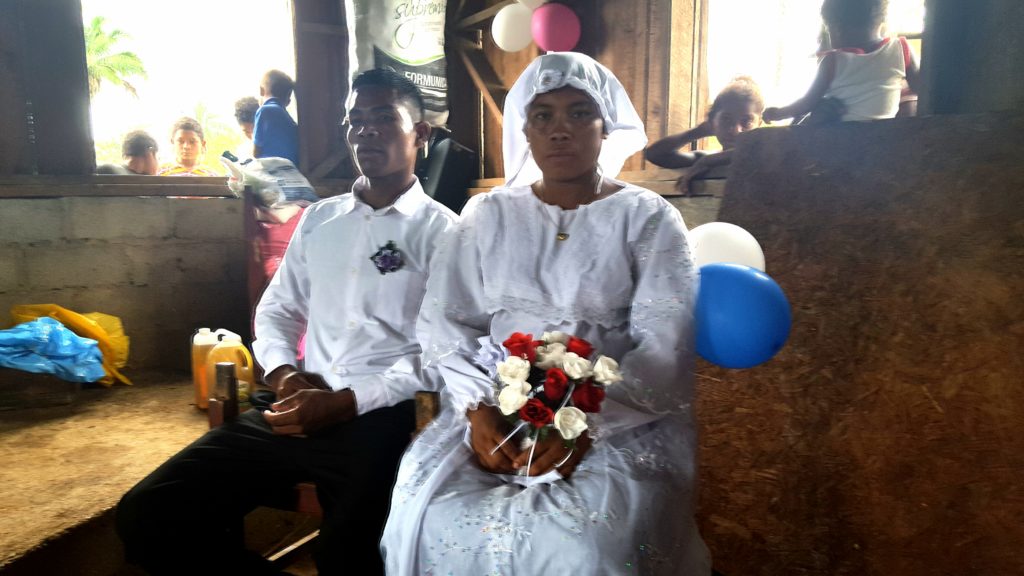 I praise God for allowing us to be a part of His work here with the Miskito people. I also want to thank each and everyone of you who is a part of our team by your prayers and support. God is using you to accomplish His will here, to set free a tribe that has been suppressed by Satan’s lies for too long. Please do continue to pray for the work here, because like always where there are victories won for God’s Kingdom, there is huge opposition from Satan and his clan. The struggles and the threats are real, but so is our God. We love y’all! Eli for all the Lees