Greetings in the name of our Lord and Savior Jesus Christ. I pray that all is well yall’s way. We are doing well here. Every day seems to have it’s own set of challenges, but our God is so faithful in leading us through the path He has already cleared for us. Our biggest challenge is to keep our eyes fixed on Jesus, stay sensitive to His Holy Spirit, and to believe His promises. As soon as we focus our eyes on the things that are going on around us, our task seems totally impossible and we get scared and worried. But if we believe in our God and believe His promises, we can be totally at peace even in the midst of people wanting to destroy or kill us, and in total chaos, because we know that the one that is with us is much stronger and smarter then the one that is against us.

I want to thank yall for your prayers, and giving! I believe God pays special attention to us and the work here because so many of His children keep bringing it to His attention. And He also touches people’s hearts to give in accordance to what He wants to accomplish. It is truly amazing to be a part of something as incredible as God trying to make Himself known to a nation, the Miskito Nation. There have been so many that have brought the truth, or the truth to some extent over the years, but the powers of Satin are so strong here along the Rio Coco, since this has been his territory for hundreds or thousands of years that most have either given up and left, or shrunk back and left some of the truth by the wayside so as not to offend the powerful witch doctors, or allowed the enemy to mix a bunch of witchcraft and local traditions with the truth. So there is a constant battle going on spiritually, which also spills into the physical.

The work is coming along very well on the children’s home and the medical clinic. The food program for the people who lost much of their rice last year from the flood went very well too. We gave away 7000 pounds of rice to 109 families, in three villiges. I want to pass on the many heart felt thanks from the people. It was a very happy time for the adults and the children. The new rice harvest will be coming in in a few weeks, so the feeding in KrinKrin will soon be over as well. 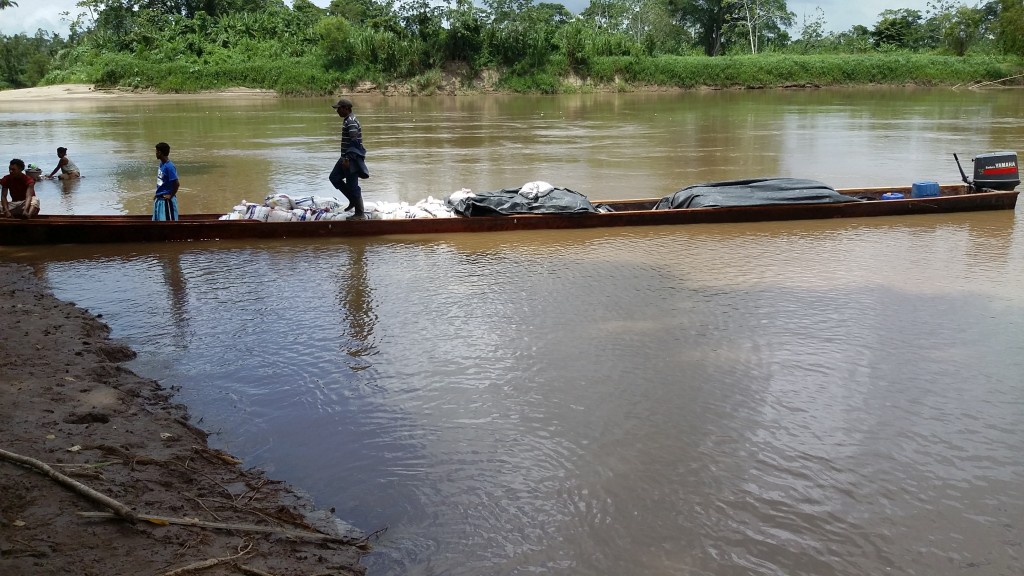 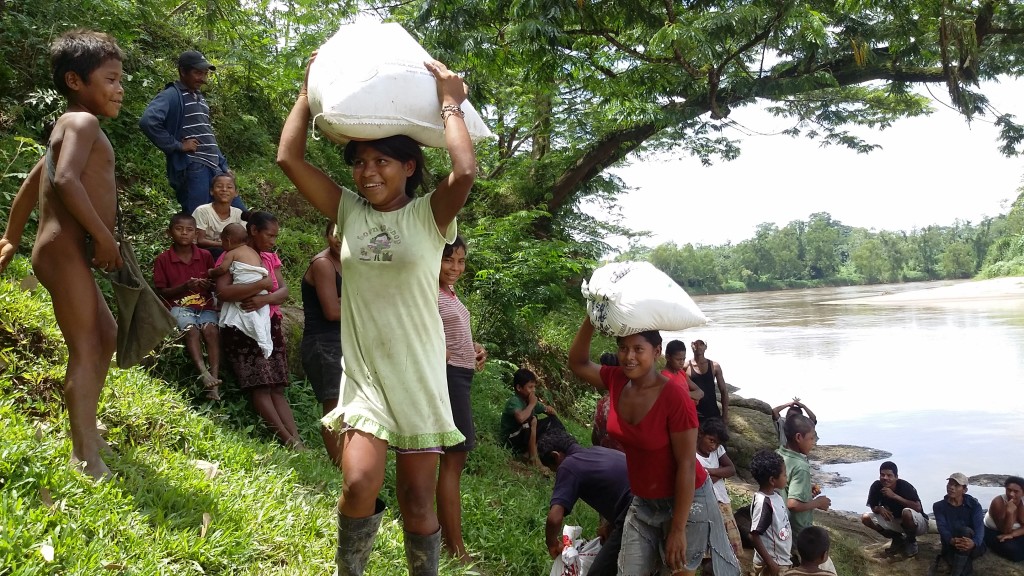 The unrest in the area is getting worse by the day. It started with spats between some of the Spanish frontiers that are settling into the Miskito territory, but has escalated to a motorcycle being burned yesterday morning that belonged to the Sandinista (goverment) party. Then last night when the top polital officer from the Miskito party went to the radio station to make some announcements a gunman stepped in and shot him. They say it was a Sandinista person, but I don’t know if they really know or not. Many of the Miskito people are still bitter about the war back in the 80s, and they see all the Spanish speaking people as the same, and as their enemies, so now they are calling the young men from all over to come and help fight this war.

There is some fighting going on upriver in a few of the villages close to us as well. Lots of people from these villages have fled to other villages and to Honduras. A couple dozen are in our village, waiting for things to settle down so they can go home. So many lives have already been lost in the last few weeks. Only God knows how these next few weeks will go. Please pray for God to intervene somehow, so that this will not become an all out war. I trust that God will keep us safe through it all. I will try to give an update every week or so for a while, until things settle down again, as long as communication doesn’t get cut off. Thank yall for praying! Eli Lee